I first began working with a natural practitioner and energy healer back in 2004.  Several sessions in those early years exposed such deep truths that brought great insight to the issues that I was already aware if in addition to many more I was not.   Throughout the process, one word kept surfacing consistently in these sessions, and even continued on as I worked with other practitioners over the years.  Grief. 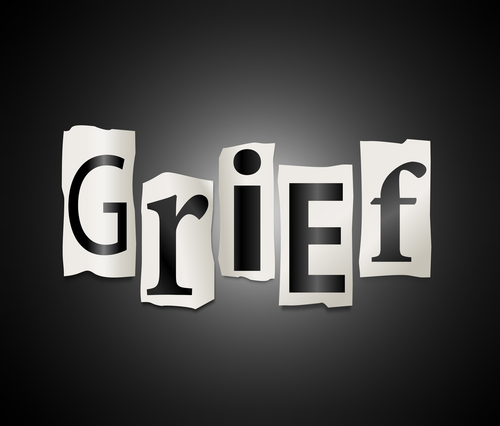 This grief was a mystery, simple, yet so very complex as I chose to live with joy for most of my life (aside from a chunk of years in early adulthood).  Joy was so often noted by others in how I lived, so to have grief be repeatedly showcased left me perplexed with each revealing session.   My healing facilitators and I talked through several scenarios revealing possibilities of sourcing this grief laying deep within my soul.  Through healing touch, muscle testing, meditation and prayer, I sought an answer to the root.  Yet no answer would come about.

It was no surprise to learn that my cancerous physiological make-up comprised of several elements pointing right back to this emotion.  From my spinal misalignment to the disfunction of the particular organs and systems, there were direct correlations to grief as determined by various natural practitioners.  If only I was able to trace this back and work through this supposed grief, perhaps I could have avoided cancer?  Maybe, but maybe not.

Six months before my diagnosis, I had a musical experience that was seemingly nothing special, yet remained quietly in the back of my mind, seeping into my subconscious without my own knowing.  The timing also coincided with the toxic trigger development of my tumor, something I inherently understand now is no coincidence. But at the time I was blissfully unaware of any significance a musical piece would have on my journey.  As a production director at my church, I have the opportunity to experience worship multiple times on a Sunday morning that I am working.  This particular Sunday morning presented a song that hit me in a strange fashion...a lump in my throat built up but I could not understand why.  The song wasn't reverent or surrendering, nor sweet in sound.  In fact, it was musically intense, beautifully written, and blended with somewhat unconventional melodic structure.  Typically when a song impacts my heart, the reason is clear as the message is strong and relevant to my life unfolding at that time.  This particular song replayed the story of Adam and Eve...a

story I was familiar with since early childhood, but at that time seemed to have no real relevance to my present life.  It did not make sense as to why it evoked a tearful response and there was no obvious thought or conviction provoked by it's lyrics.  For days following, the song of this story rang through my ears.  Each time tears would threaten to fill my eyes until I moved my thoughts elsewhere.  Eventually the spell of the song faded as the days passed.

Move forward to the week following my diagnosis and energy sessions that once again had revealed "grief".   My family was set to gather in New York City for a vacation that had long been planned.  With the family venturing to meet us from across the country, my husband, son and I took flight to meet with them in the grand city for a celebration of Christmas together.  I was determined to enjoy the time and not burden my family with the looming uncertainty, even with my own heavy heart wrestling in a web of continued peace. The two-hour flight offered some reprieve from all the activity of recent days and I looked forward to some quiet time with my ipod while my husband and son enjoyed games of their own.   As I settled into the flight and music filled my soul, I began to relax...only to be brought to an awakening shortly thereafter.

The familiar sounds of a song that took hold of me months earlier began to play, and once again gripped me deeply - this time, piercing to my core.  But unlike before, the baffling was gone and a moment of realization is what captured my heart.  Oh my sweet you-know-what!!   God was shaking me, calling loudly to me... "Don't you see???  Do you not realize what I have been putting right before you for you to know???"

The deep rooted grief that had once been suspected to be from generations before me, confirmed it's source.  I cried without being able to stop...and as hard (yet quietly) as one could on a plane filled with strangers.   I grieved... I grieved deeply for myself and more so for mankind, for our separation from God that we allow with sin.  For the regret of our unwillingness to hold faithful to His commands, bringing only pain to ourselves.  As I held the song on replay to allow my heart to process and open myself to what God was trying to tell me, my grief slowly melted to gratefulness during the 90 minutes remaining in my solice.  Gratefulness that even though we fail as humans, God remains faithful to us.   His words to me that had been ringing in my ear for days took on a whole new meaning.  "I got you.  I got this."    Yes, He did!   Even though I'm most undeserving, He was going to heal me.   Not only was He already healing my cancer, He was healing my heart of generations of grief.

By the time we landed, my wet eyes were not those of grief, but rather relief.  The burden of grief had lifted and new life was once again breathed into me!  No longer does grief show up, and no longer do painful tears emerge with the sound of that song.  In fact, I love listening to it as it brings me  a hope that I never really knew I needed.  We can all have such closeness to our Creator if we are open to it, inviting of it.   But to experience it is purely magnificent!   Had God revealed to me earlier the root of my grief, it would not have allowed for me to have that care of the intertwining of heart and soul with body, and to grasp my worthiness for His healing.  I would not have realized the depth of hope in full restoration and healing that He has for us in eternity.   Even with sickness, He sees all of me, and says I'm good.

Music played a role in peeling back another onion layer to my complex existence, encompassing my soul and body.